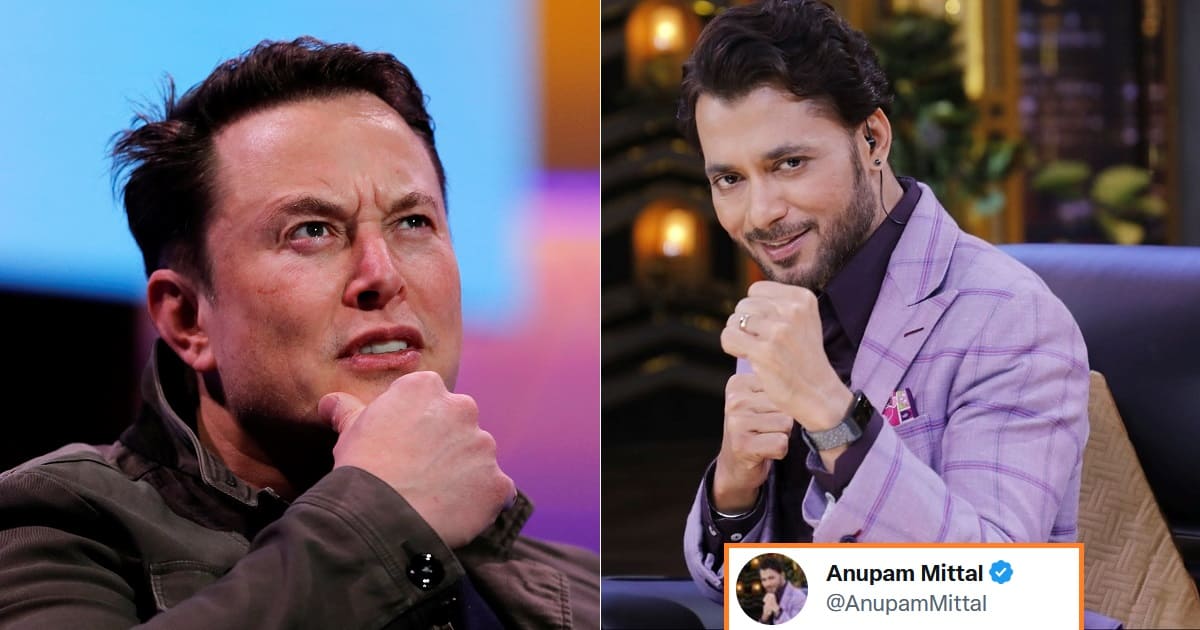 Elon Musk is a business tycoon who is well-known for making headlines. For good reasons? The world would beg to differ. After taking over tweeter, Musk has done some pretty crazy changes. Days after the deal, he has come under a lot of criticism for unanticipated layoffs, the mass Twitter resignations, and the blue tick scandal.

Elon Musk first showed his interest to acquire the company back in January 2022. He said he wants to do so in order to restore the free speech that is lost on Twitter. Since the company is experiencing a volatile year. Musk finally won the lawsuit and took control of the platform. Since then a series of chaotic incidents are taking place on the platform. It is safe to say that the world as well as the employees of Twitter are not happy with Musk.

The CEO of Tesla and the richest man in the world, Elon Musk has prompted several working employees to dissent. Ever since he purchased the tech behemoth in the last week of October people are fed up with him. He has fired senior executives, laid off employees, given them an “ultimatum” that led to their resignations known as an exodus, and demanded an $8 monthly fee to be paid for blue tick verification.

However, the tech behemoth is currently suspended and is likely to make its return on November 29th. Furthermore, what is worth noting is that this businessman from South Africa purchased Twitter in a $44 billion deal.

In recent happenings, Elon Musk lifted Donald Trump’s Twitter ban. Trump was barred due to the unrest at the US Capitol in January 2021. It would be fun to witness what all crazy things are yet to happen under the reign of 51-year-old, Elon Musk.

Several people are slamming him for his outrageous deeds. Joining the bandwagon is Shaadi.com founder Anupam Mittal. He made a savage statement attacking the newest boss of Twitter, Elon Musk. If you are curious to know about the scoop then read on.

Shaadi.com founder and Shark Tank judge Anupam Mittal took to Twitter and made a big statement that is gaining a lot of headlines. Attacking the Twitter boss, Elon Musk Anupam savagely wrote,

As smart as he is, why does @elonmusk fail to understand that if u parade subordinates naked in the townhall, it makes it easy for them to pee on you in public 😉 Respect is a 2way street, isn’t it?

As smart as he is, why does @elonmusk fail to understand that if u parade subordinates naked in the townhall, it makes it easy for them to pee on you in public 😉 Respect is a 2way street, isn’t it?

Anupam made this tweet during the time when Musk fired 50% of his employees. As a result, several fired employees are showing their dissent via tweets. 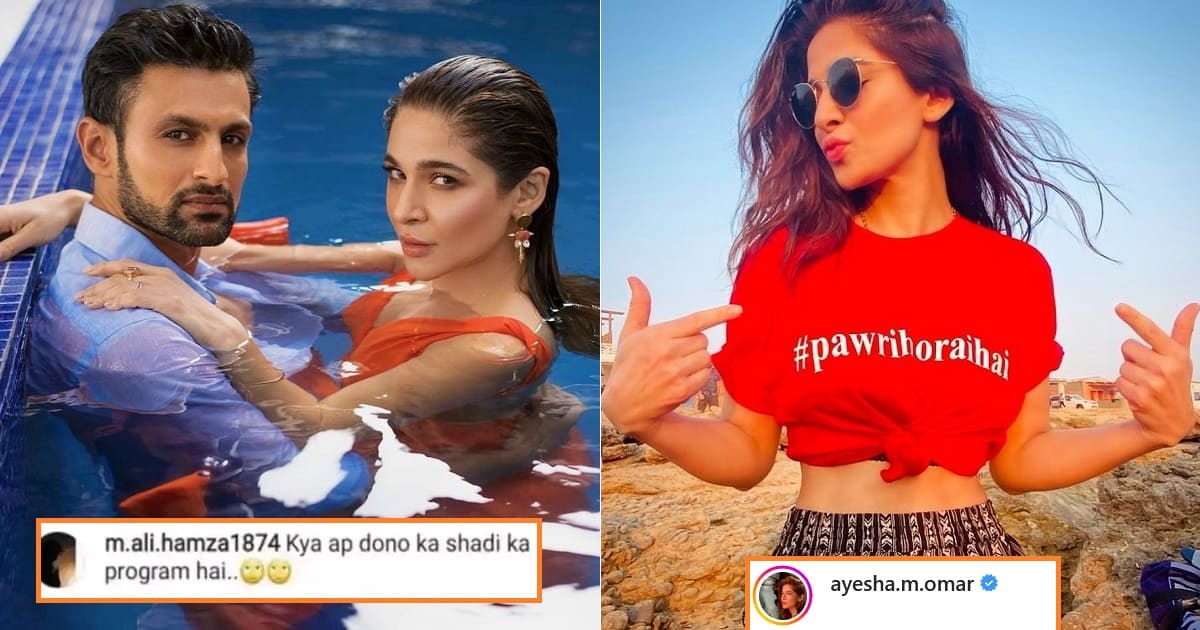 When the ace Indian Tennis player declared her marriage to Pakistani cricketer Shoaib Malik, fans went berserk. Once again, the couple grabbed the media’s attention when rumors are surfacing that Sania Mirza and Shoaib Malik are about to get divorced.

The former Indian tennis player, Sania and former Pakistani cricketer Shoaib Malik need no introduction as both of them are world-class athletes and both have contributed to bringing their respective nations up the ladder on the world stage.

The couple got married in 2010 and are blessed with a son named Izhaan Mirza Malik. Sania and Shoaib’s marriage and relationship have always been a media interest.

Now, netizens are quite confused about the couple’s current relationship status. All these speculations about their troubled marriage arose when fans spotted some cryptic posts of Sania on her social media account. It has been observed that Sania has no recent posts about her husband and she has not even wished him on his birthday (at least on social media). Though most wish the speculations to be untrue, fans are worried about the future of their relationship.

The Pakistani actress Ayesha Omar is accused of being the home wrecker amid these rumors. Linkups between Ayesha Omar and Shoaib Malik are being talked about. Shoaib and Ayesha did a magazine shoot together in 2021. An old comment made by Ayesha back then is now going viral.

What is the relationship status of Shoaib Malik and Ayesha Omar?

Fans often cross their boundaries when it comes to the personal lives of their idols and also get a little too involved by asking personal questions. The Pakistani actress Ayesha Omar has been accused of ruining Sania and Shoaib’s relationship as rumor has it that the duo came close to each other during a bold magazine shoot last year.

The actress at first chose not to comment on the accusations but eventually, she did respond to one of her fan’s comments on Instagram.

When the Pakistani actress was asked in a comment on Instagram if she has any plans to marry Malik, she gave a fitting reply. Ayesha wrote back,

Well, Ayesha Omar’s response is loud and clear and speaks volumes. Now, we just need to wait for the power couple Sania Mirza and Shoaib Malik’s statement over the divorce rumors that is all over the internet. 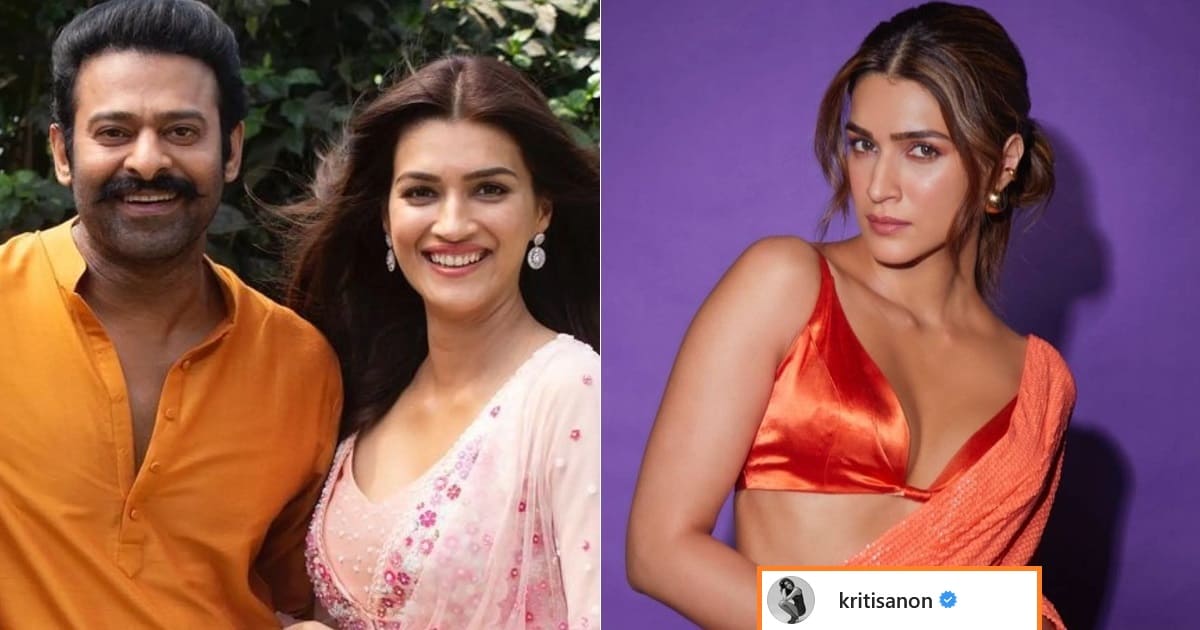 No matter how people troll celebs for their choices, one thing is for sure we are just obsessed with them about knowing their choices. The price of being a Bollywood celebrity is that, while you get to live large, your private life becomes public information.

As a result, the private life of celebs becomes very much accessible to the commoners. While people adore how their idols are living, they are also very much keen to know about their romantic life.

Something like this recently happened with Bollywood celeb Kriti Sanon who recently experienced the worst aspects of stardom as she welcomed rumors about her romantic life.

The alleged romance between the Mimi actress and Prabhas was first hinted at by Varun Dhawan during a promotional event. Varun informed Karan Johar that Kriti’s “love belonged to someone else” as he was participating in a dance reality program.

The actor continued, implying that it is Prabhas, that the individual “is not in Mumbai and he is filming with Deepika Padukone.”

This gave fans the impression that Varun had admitted Kriti and Prabhas were dating, at which point chaos ensued because Kriti has not very much opened up about her romantic life till now.

Since it happened, the rumors about her romantic life got a new energy as these become the talk of the town with many people now trying to find out more about the reality behind these claims.

Fortunately, before these rumors go wilder, Kriti Sanon herself opened up about these claims. So, let’s find out what she said:

Kriti Sanon refuted claims of being in a relationship with Prabhas

Kriti Sanon, an actress who is presently receiving praise for her work in Bhediya, has denied love rumors with Prabhas. The two are scheduled to appear in Om Raut’s Adipurush. The actress posted an official statement on Instagram some time ago.

“Its neither Pyaar, no PR… our Bhediya just went a little too wild on a reality show. And his fun banter lead to some howl-arious rumours. Before some portal announces my wedding date- let me burst your bubble. The rumours are baseless!”

Along with the message, she added a GIF that said “Fake news.”

“Guys UI had ur fun but it’s just for fun and stuff that channels have edited to have fun. We took it as humour, don’t let your imagination run so wild.”

Prior to the release of their next movie Adipurush, Prabhas and Kriti were said to have gotten along “extremely well” on shooting, according to Bollywood Life. The portal added,

“There is something special about friendship that has been started but it is too early to jump the gun as it seems like they both are going very slow until they confirm anything to the world.”

Kriti Sanon along with Prabhas and Saif Ali Khan is going to play the main character in Om Raut’s Ramayana-inspired film Adipurush. The movie will be released in theaters in Hindi, Tamil, Telugu, Kannada, and Malayalam the next year.

Kriti Sanon’s most recent acting appearance was in the Varun Dhawan-starrer Bhediya. She will soon be featured in Ganapath, starring Tiger Shroff, and Shehzada, starring Kartik Aaryan. 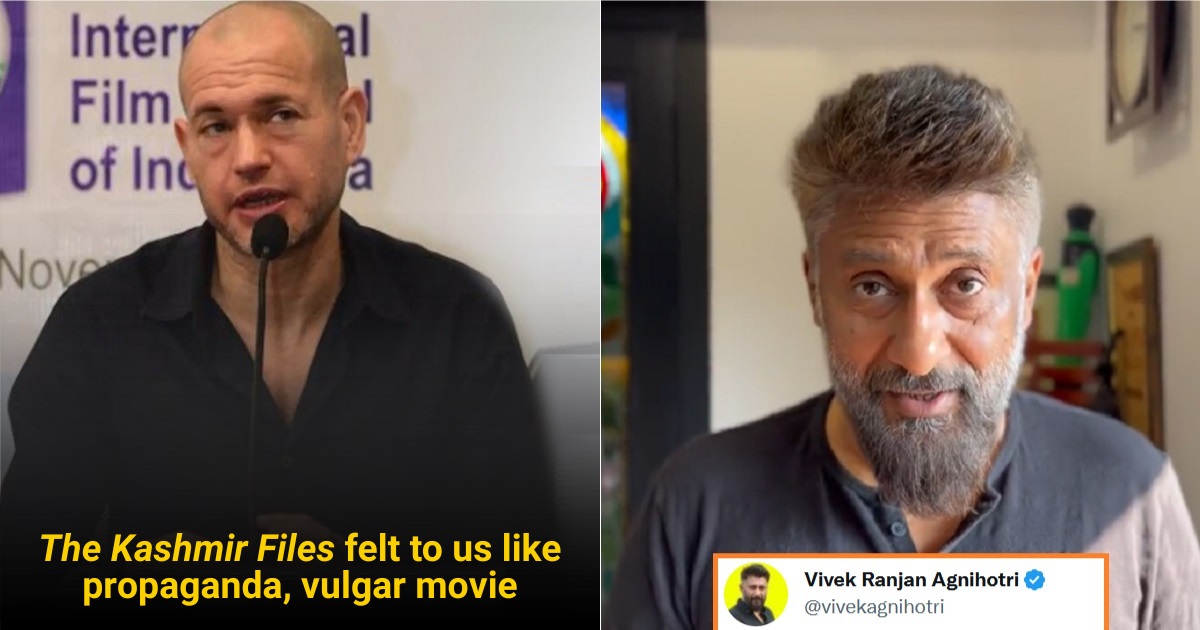 Ever since was released on March 11, Vivek Agnihotri’s film The Kashmir Files has generated a flurry of reactions from all over the world. The film not only divided people into polar stands but also witnessed multiple controversies from the allegations of increasing religious animosity to facing bans in various countries.

Based on the 1990 Kashmir insurgency’s genocide of Kashmiri Hindus, the movie stars Anupam Kher, Darshan Kumaar, Mithun Chakraborty, and Pallavi Joshi. Despite the fact that the film is based on real incidents, many people call it a propaganda movie. However, despite all this, the movie still stays strong at the box office and in between its fans.

While the discussions about the film The Kashmir Files have been put on hold for the last few months, it has again ignited recently but this time, by the foreign filmmaker’s comments.

In the video, he can be heard saying,

“All of us were disturbed and shocked by the movie The Kashmir Files. It felt to us like a propaganda, vulgar movie that was inappropriate for an artistic, competitive section of such a prestigious film festival. I feel comfortable to share open the feelings with you since the spirit of the festival can truly accept critical discussion.”

The head of the jury for the 53rd International Film Festival of India (IFFI), Nadav Lapid, denounced the selection of Vivek Agnihotri’s The Kashmir Files as “propaganda, vulgar movie,” at the festival’s closing ceremony on Monday.

In the presence of prominent politicians, including Union Information and Broadcasting Minister Anurag Thakur, Nadav Lapid made the comment. Nevertheless, Nadav Lapid has been under fire for the remarks on social media since the video of his speech went viral on Twitter.

Not only commoners but also many well-known Bollywood celebs including Anupam Kher openly criticized him for his insensitive remarks.

And now, finally, The Kashmir Files creator, Vivek Agnihotri responded to his comments and challenged him to find untrue facts from the movie. So, here’s what he said:

The Kashmir Files director Vivek Agnihotri has finally spoken out on recent remarks made by Israeli director Nadav Lapid. Vivek vowed to quit creating movies if anybody could establish that what he depicted in his film was false in a new video posted to his social media accounts.

Vivek addressed the controversy in a new video posted on his social media, stating,

“This is nothing new for me. Because such things are often said by terrorist organisations, urban naxals and by those who wants to divide the country. What is shocking to me is that narrative supported by those who wish to separate Kashmir from India were voiced at the stage of an event organised by the government on India. And a few who live India used it against the country. Who are these people.”

He claimed that when he started investigating the issue four years ago, these are the same people who have been critical of his film. Prior to producing the film, Vivek claimed to have spoken with 700 people. He said,

“It is often said that The Kashmir Files is a propaganda movie, that the Hindus were never killed in the valley. So today, I challenge all intellectuals, urban naxals and this great filmmaker from Israel: if they can prove that a single shot, dialogue, event from The Kashmir Files is untrue, I would stop making movies.”

What do you think about this whole controversy?