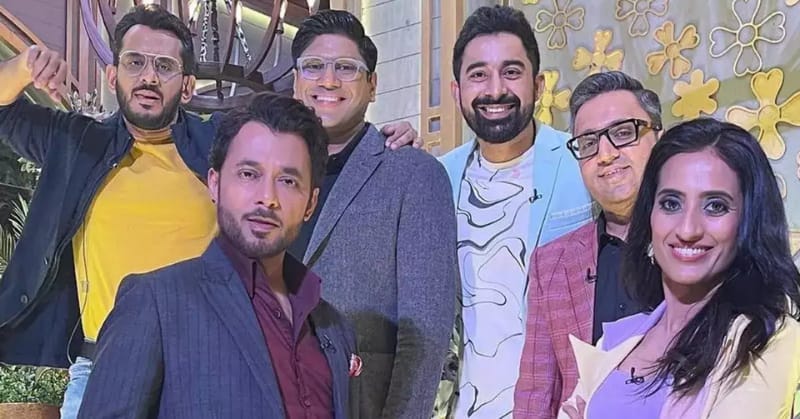 Shark Tank India, a reality television show has made news for totally different purposes. The show is an Indian version of the American reality show Shark Tank. It has become one of the most talked-about Indian reality series. Despite its unfashionable setting, the programme has piqued most of India’s curiosity.

Young people have taken to producing memes and analysing India’s entrepreneurship climate. Because all it took to wow the sharks was one great pitch, this programme has benefitted a lot of new firms.

Shark Tank India, which premiered on Sony Entertainment Television, featured aspiring entrepreneurs pitching their company ideas to a panel of established business experts known as “sharks.” They were willing to provide money, time, and skills to help the business grow.

However, the show’s first season ended some time ago. Nevertheless, the craze still continues. That is why the show’s creators are considering a second season of the show.

Season 2 commercial depicts an employee attempting to persuade his employer to invest in his business. When his callous employer dismisses him, the voice-over continues,

“Stop knocking on the wrong door for investors. The new season of Shark Tank India is coming back after the big success of the first season.”

The channel disclosed in the caption of the video that the show helped investors invest Rs 42 crore in businesses last year. There were 85000 candidates last year.

Fans are eager for the programme to return. One fan wrote, “Oh my god, very excited. One of the best show everybody can say,” while another took a dig at the makers, saying, “Itti jaldi, Sharks ko thoda kha pi to lene dete.”

However, the channel has yet to reveal who would be the season’s judges this time

Will Ashneer Grover, Anupam Mittal, Aman Gupta, Vineeta Singh, Namita Thapar, Ghazal Alagh, and Peyush Bansal make an appearance this season? We’ll have to wait for further information. Meanwhile, supporters are expecting a return from the original investors in season 2.

How can you register yourself for Shark Tank India Season 2?

If you’re looking for funding for your business, you can sign up for Season 2 of Shark Tank India via the SonyLiv app. If you are chosen to pitch your firm on the show, the sharks will decide whether or not to invest in your company.

What will happen after registration?

After registering for the show, you will be called for an audition. The audition will be divided into 3 parts.

If you pass all three stages of the audition, you will be invited to a shoot in Mumbai, where you will have the opportunity to pitch directly to the ‘sharks.’ The audition rounds will be separated by a period of time to allow for adequate evaluation. If you pass the rounds, you will receive the information through email. 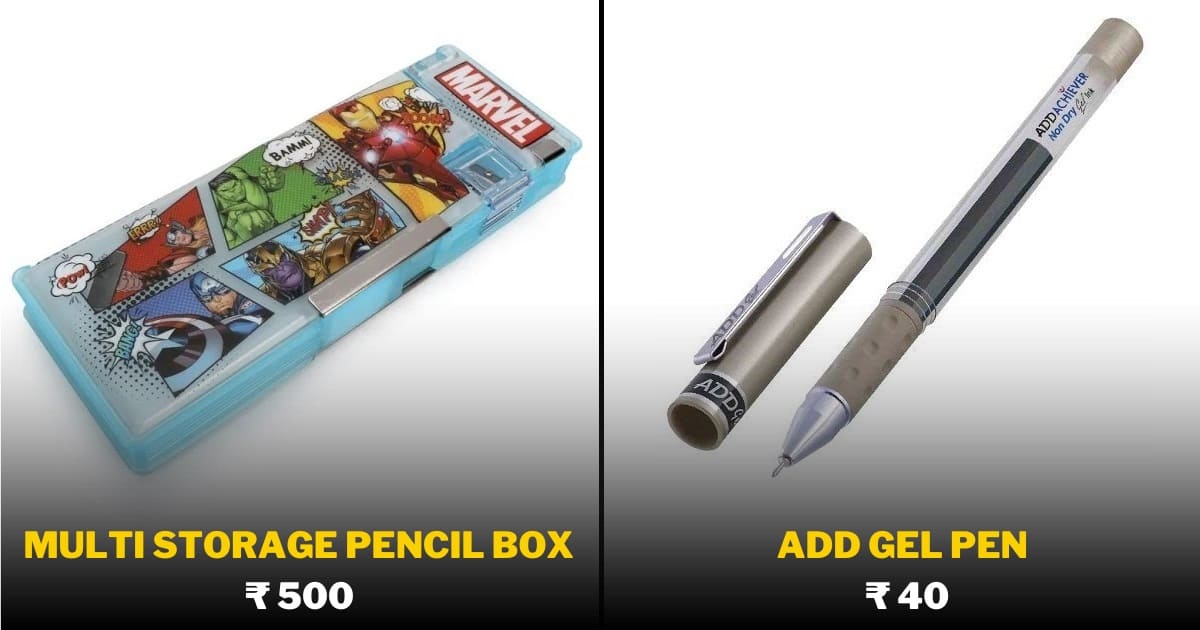 We all grow up, all of us, we do. Kudos! You are no longer part of the “cooler” vintage if you have recently developed back discomfort. We didn’t grow up with touch-screen phones, and unnervingly stalking an infatuation on Instagram wasn’t even a thing. Therefore, bachpan ka pyaar wasn’t as accessible then.

Life was nice except for that. Additionally, every child of the 1990s enjoyed themselves, most often in the form of trendy foods or toys. It’s not easy to be the person who gets up knowing that there are no official summer vacation days for them, and to have one, is to cut it out off your medical leave. It’s no fun either to watch the Netflix shows where the high school kids are enjoying their day and you’re sitting around, thinking of excuses just to cancel an outing, because you’re so done with socializing.

Well, that is not a phase, transformation happens, and here is a list of things that are gonna make you feel it even more:

1. Glow In The Dark Stars

These must have adhered to the rafters if Delhi children are to see the constellations. And while I don’t want to spoil the excitement, they are now offering a bundle with five stars and a moon for Rs. 150.

Getting these for just 10 bucks, was the star of the show. Or sometimes even researching to know which shampoo is the best to make your own bubble. The starting pricing strategy is now no plus or minus Rs. 150 to Rs. 200 due to the wide variety of sorts and options available.

They now fall under the category of unique pieces that we look for. And what surprises me the most is not the price but the reality that they were formerly offered for one rupee. They are priced at $10 for a bundle, not including the obligation to pay whatever the website or the retailer demands just because they are not made anymore.

Having this in your bag while going to school was the best feeling ever. It was like a potential dress-up game, where you were able to play the role of a teacher. It used to cost only 2 bucks, but now it is not that cheap anymore and costs anywhere between Rs. 30.

Imagine the feeling where you used to stack the pens at the bottom of the layer and the nicer ones at the top. Yes, and getting those for 50 bucks when you score great at the test felt like a reward. But now the basic ones cost literally Rs. 500 and more, which is basically the reel version of us saying, ’30 thousand’?

These stamps start out at roughly 400 bucks, and they are not even the priciest versions. Honestly, though? We are in opulent circumstances.

Writing projects with these pens made us feel like the main character. They used to be easily available and cheap. But now they are neither, and the packet costs Rs. 100 and up.

When we converted from graphite to ink, we began with one of those markers. And the cost of all that memories is now Rs. 40. I’m sure you do remember. It was among the decent options and the most used gel pens.

If you can recall collecting them, you undoubtedly can recall losing your scholarship. Since they are not even just the main figures, the thread and revolving contraption now probably costs Rs. 350.

People like Anand Mahindra don’t need any platform to go viral as they are anticipated to be already established names in different industries. But what makes Anand Mahindra so very special?

It’s none other than his down-to-earth personality and always ready-to-talk attitude!

Let me inform you that the Mahindra Group, a company with its headquarters in Mumbai, is led by Indian businessman Anand Gopal Mahindra, whom we are talking about. The corporation operates in a variety of industries, including agriculture, the automobile aftermarket, components, aerospace, defence, energy, farm equipment, finance and insurance, construction equipment, industrial equipment, information technology, leisure and hospitality, real estate, and retail.

Now, you’ve probably already realized that he’s a well-known person with a sizable following across a variety of social networking sites. But that’s not the case with him. Although he enjoys a mass following across social media platforms, it is not majorly because of what you think.

He enjoys it because of the content he uploaded on his social media accounts, which garnered him a social media-friendly image.

Anand Mahindra is a frequent Twitter user who has always been popular on social media sites for his clever one-liners and amusing postings, and that’s why his followers refer to his Twitter feed as a treasure trove of intriguing and thought-provoking films.

In continuation of this, the Mahindra Group Chairman posted a photo of a young girl reading in the forest as part of his Monday motivational message. He tweeted about her because he was quite amazed by her dedication and sincerity toward her studies.

By quoting the photograph clicked by another user, Abhishek Dubey, on Twitter, he tweeted,

Beautiful photograph, Abhishek.
She is my #MondayMotivation https://t.co/NMViCvaAwO

While the majority of users praised his most recent inspirational message, one person in the comments section questioned Anand Mahindra’s credentials. On Mahindra’s tweet, a Twitter user named Vaibhav Salkar commented,

“Sir may I know your qualification?”

Sir may I know your qualification?

Soon after this, Anand Mahindra reacted to that, and of course, his incredible answer once again captured the hearts of online users. Quoting his comment, he tweeted,

“Frankly, at my age, the only qualification of any merit is experience…”

Frankly, at my age, the only qualification of any merit is experience… https://t.co/azCKBgEacF

The post has received more than 3,600 likes and more than 163 retweets since it was shared a few hours ago. And it appears that the numbers are rising. People have flocked to the comments area as a result of his befitting reply.

As one user commented,

Experience is bigger than any degrees

While another user commented,

I don’t know why PPL in India people are so obsessed with degree and qualifications..
Only quality matters is your hunger for learning and giving your 100%

A few days ago, Anand Mahindra attracted attention for offering a job to Agniveer aspirants. While many supported him, some others criticized him. He has always been like this. He shares his thoughts on Twitter without getting obligated about who he is. And that’s why his tweets always get attention.

What do you think about him? 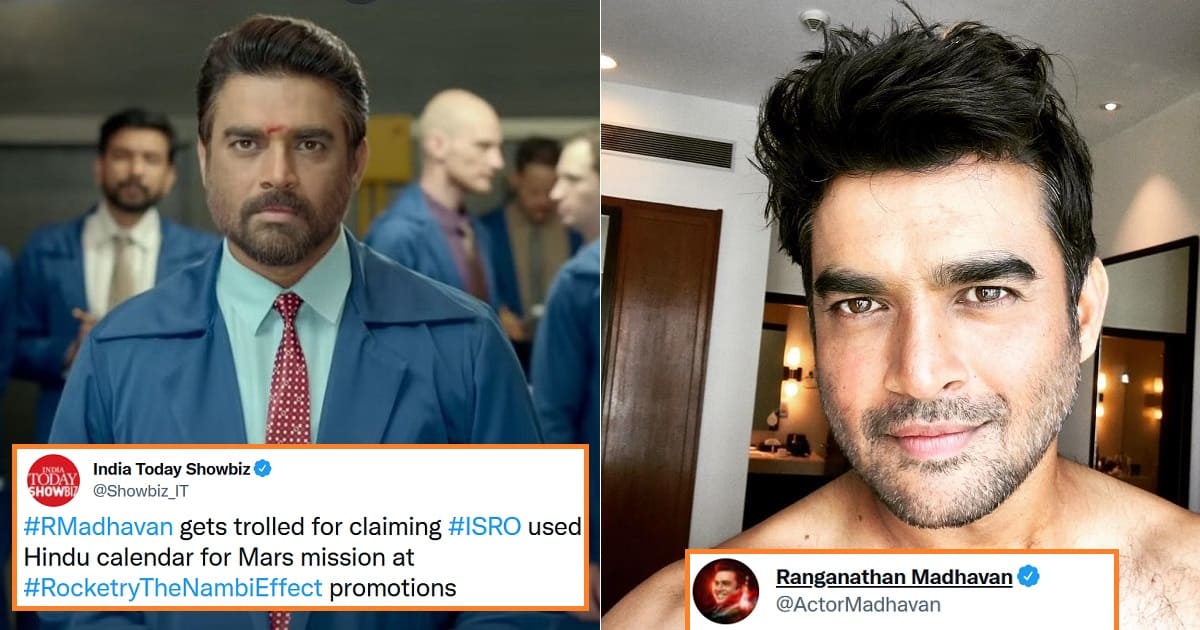 Rocketry: The Nambi Effect, a forthcoming pan-Indian movie, a directorial debut by R Madhavan, is presently scheduled for release.

Speaking about the movie, since the beginning, it has been one of the talked-about topics throughout the world. One of the most talked-about movies at the Cannes Film Festival was the historical drama based on the life of Nambi Narayanan, who was ISRO’s former genius scientist and aerospace engineer. He was accused of spying but after battling a long legal fight, he gets the clean chit.

R. Madhavan started the film’s promotional campaign and everything was going well but soon something went unusual when Madhavan’s comments on ISRO employing Panchang for the Mars Orbiter Mission. His comments went viral on various social media platforms and made lots of noise.

In his interview in Telugu, as per TM Krishna’s translation, he said,

“Indian rockets did not have the three engines (solid, liquid and cryogenic) that helps western rockets propel themselves into Mars’ orbit. Since India lacked this… used information in the Panchangam.”

“It has the celestial map with all information on various planets, gravitation pulls, sun’s flares deflection etc., all calculated perfectly 1000s of years ago and hence the micro-second the launch was calculated using this info. The rocket was launched, it went around the earth, moon and Jupiter’s moon and ricochet like a play thing and put into Mar’s orbit”.

Here’s what he said:

The Rocketry actor’s remarks have angered internet users, especially R Madhavan’s devoted followers, who allege that he has now transitioned from being a “Chocolate Boy” to a “WhatsApp Uncle.”

As one user said,

Science is not everyone’s cup of tea. It’s ok not to know Science. But it’s better to keep your bloody mouth shut when you’ve no idea as to how things actually work; instead of quoting some WhatsApp stuff and making a mockery of yourself #Madhavan #Rocketry #MarsMission

madhavan is the best example for “he’s cute until he opens his mouth” https://t.co/A91dbP8XO6

But now Madhavan has reacted to all this by accepting his mistake in a tweet which said,

“I deserve this for calling the Almanac the “Panchang” in tamil. Very ignorant of me.❤️Though this cannot take away for the fact that what was achieved with just 2 engines by us in the Mars Mission. A record by itself. @NambiNOfficial. Vikas engine is a rockstar.”

🙏🙏I deserve this for calling the Almanac the “Panchang” in tamil. Very ignorant of me.🙈🙈🙈🤗🚀❤️Though this cannot take away for the fact that what was achieved with just 2 engines by us in the Mars Mission.A record by itself. @NambiNOfficial Vikas engine is a rockstar. 🚀❤️ https://t.co/CsLloHPOwN

On July 1, 2022, the movie will be released in six different languages, including Hindi, English, Tamil, Telugu, Malayalam, and Kannada.