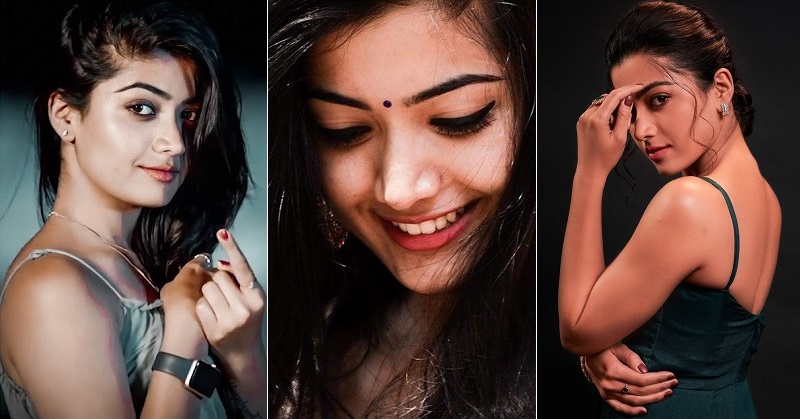 Rashmika Mandanna, the south Indian actress had shot to fame with the Kannada campus romantic comedy Kirik Party in 2016. Born on 5 April 1996 in Virajpet, Kodagu district of Karnataka is well-known for her work in Kannada, Telugu, Tamil & Malayalam Cinema.

Rashmika did her schooling from Coorg Public School, Kodagu and later pursed her intermediate course in Mysore Institute of Commerce and Arts. Mandanna completed her bachelor’s degree in Psychology, Journalism and English Literature from M. S. Ramaiah College, Bangalore. During her studies Rashmika also pursed modelling and also appeared in few advertisements. Later she went on to win Clean & Clear Times Fresh Face of India 2014 title and there was no looking back. She was also made the brand ambassador of Clean & Clear. In 2018 Rashmika did a viral photo-shoot at Bellandur lake in Bengaluru to raise awareness about water pollution in lakes. She didn’t charged anything for the campaign which was created by a senior from her college.

With time the South Indian actress started getting popularity all over India and her characters in movies were admired by the fans. The South Indian beauty was declared as the National Crush of India for the year 2020 by search giant Google.

Below are some photos of National Crush Of India Rashmika Mandanna:

Related Topics:ActressCelebritiesPhotosPicturesRashmika Mandanna
Up Next 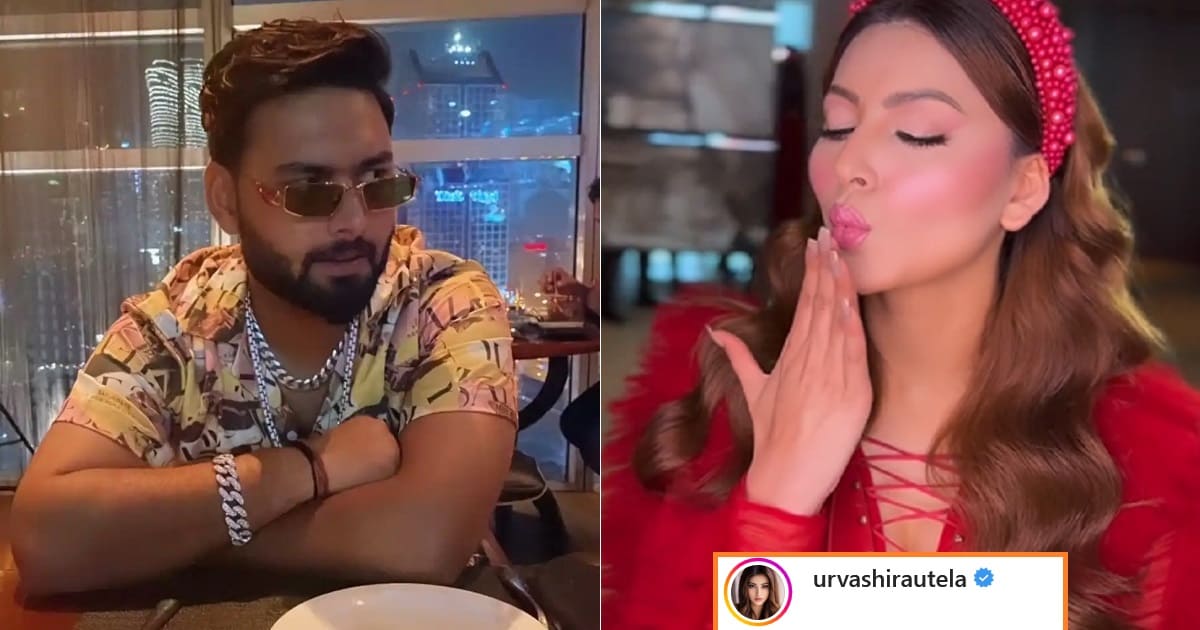 For those who enjoy gossip, the subject of Indian cricketers being linked to Bollywood stars is not unusual because we have previously seen a number of love stories involving people from two different professions. But when these links turn scandalous, they make so much noise and become eye-grabbing pieces of gossip.

And yet, what transpired between Rishabh Pant and Urvashi Rautela is nothing less than a scandal!

From 2018, when the initial reports about them dating emerged, to the time when their ironic breakups were sealed, everything went so dramatically that we can’t even grasp what was actually happening between the two.

Even recently, when they engaged in an Instagram war after Urvashi indirectly referenced Rishabh Pant’s name during an interview, everyone freaked out seeing the level of absurdity.

Since then, everything has become so complicated between them that even when Urvashi shockingly apologises to Rishabh publicly and then takes a U-turn saying that she never said sorry to him, we weren’t that shocked because we know she is like that.

We were convinced that Urvashi loved controversies!

Even now, when everything is going smoothly, she did something that everyone expected.

Yes! She came up with another gossip fodder and she did this on Rishabh Pant’s birthday. So, let’s find out what she did:

Urvashi Rautela, a beautiful diva who was always in the news for her controversial relationship with cricketer Rishabh Pant, has again made headlines for the same reason.

She recently grabbed attention on social media by sharing a “Happy Birthday” clip on her Instagram account today.

In a little video that she put to the Student of the Year soundtrack, the actress, who was wearing red, was stunning and was seen smiling widely. “Happy Birthday” and a red balloon emoji were written below the video clip.

Despite the fact that Urvashi’s tweet omitted any identifying information, social media users have begun to tease Rishabh by leaving amusing comments on the birthday post.

Another posted, “Rishabh pant ka birthday hai” with a laughing in tears emoji.

With the hashtag, one user wrote, “Bhai samajh rahe ho an.”

Let me tell you that Rishabh is currently in a relationship with Isha Negi, an interior designer, and social media influencer.

With the words “Happy birthday my love” and a red heart emoji, Pant’s girlfriend Isha Negi also posted a video clip of Pant on her Instagram Stories.

Isha and Pant’s relationship became official on Instagram in 2019 when Pant published a photo with her and said, “Just want to make you happy since you are the reason I am so happy.” Though it appears that this was done to dispel Urvashi dating rumors, the couple has occasionally posted photos with each other and shown affection towards each other. 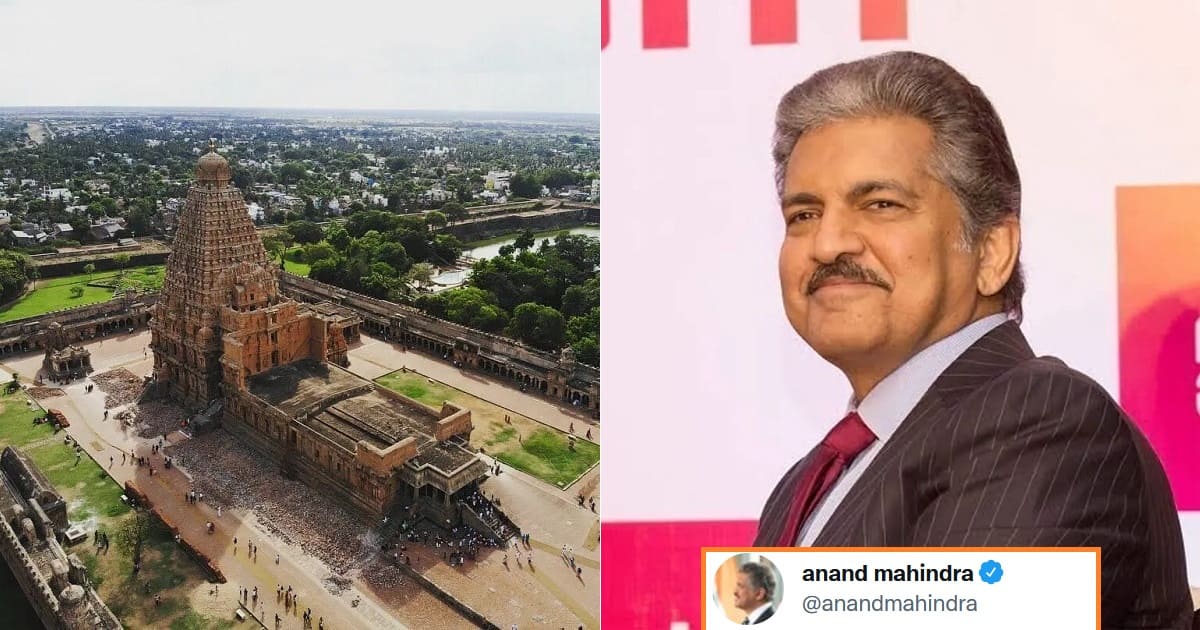 Among all the recognisable names in the Indian automobile business, Anand Mahindra’s name shines out. He serves as chairman and managing director of Mahindra & Mahindra, the largest automaker in India.

Additionally, he is renowned for his charitable endeavors. Many people also know him as a motivational speaker because he often speaks at seminars and at public events.

However, the thing that is now frequently making him the news these days is his cool social media geek persona. Yes! Unlike many other industrialists, he is very social media-friendly. The Mahindra Group Chairman enjoys sharing amusing videos and articles with his followers, as you will discover if you follow Anand Mahindra on Twitter.

This time, the industrialist posted a video clip with Sravanya Rao Pittie, an interior designer, that provides background information about the Brihadeeswara Temple in Tamil Nadu. His video went viral and has become a popular topic of conversation.

The incredibly sophisticated building had Anand Mahindra in awe. That’s why he opted to share this video. Taking to Twitter, he wrote along with the video,

“An informative & inspiring clip by the talented Designer Sravanya Rao Pittie. I think we haven’t really absorbed how accomplished, powerful & technologically advanced the Chola Empire was. Nor have we adequately conveyed its historical significance to the rest of the world.”

An informative & inspiring clip by the talented Designer Sravanya Rao Pittie. I think we haven’t really absorbed how accomplished, powerful & technologically advanced the Chola Empire was. Nor have we adequately conveyed its historical significance to the rest of the world. pic.twitter.com/bRMg0aViU8

Let me inform you that Lord Shiva is the highlight of the Brihadeeswara Temple, a Hindu temple. The Dravidian-style temple, also referred to as Thanjai Periya Kovil and Peruvudaiyar Kovil, is situated on the southern bank of the Cauvery River in Thanjavur, Tamil Nadu. In 1009 CE, Rajaraja-I of the Chola Dynasty constructed the Brihadeeswara Temple.

Additionally, viewers are made aware in the video that the temple is a UNESCO World Heritage Site. Sravanya Rao Pittie asserts in the clip that King Rajaraja-I ordered the movement of more stones for the temple’s construction than for the Great Pyramids of Giza.

This video has received over 45,000 likes and over 8 lakh views. In the comment section, it sparked a discussion on legendary Indian wonders. Many people urged Mahindra to see Ponniyin Selvan: I, the new Mani Ratnam film that is set in a fictitious version of the Chola kingdom, in the comments section.

Some individuals called attention to the factual mistakes in the video Mahindra published, even though many others praised his efforts to spread awareness about cultural places. For instance, the Brihadeeswara Temple complex covers 44.7 acres, but the Taj Mahal is situated on 42 acres. Despite this, the narrator of the clip claims that the 200 Taj Mahals can fit within the Brihadeeswara Temple complex.

What do you think about this temple? Do you want to visit it? 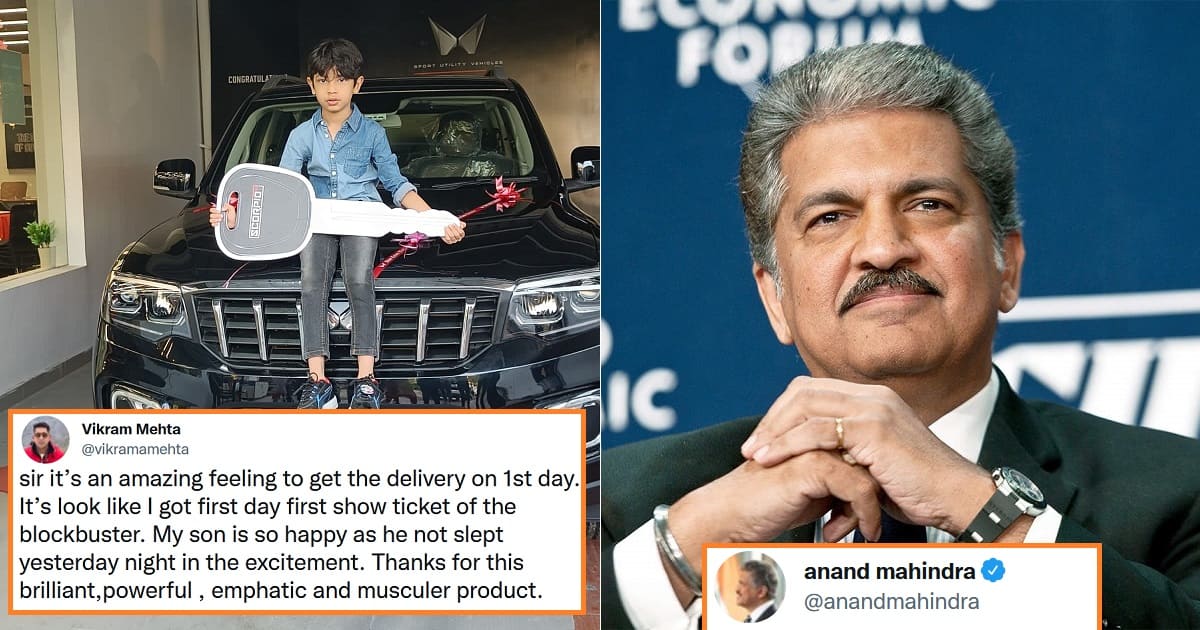 As we all know that Anand Mahindra is very active on social media, especially on Twitter, and never fails to respond to or share pictures of his happy customers. Recently, Mahindra’s launched the brand new Mahindra Scorpio N (SUV Scorpio-N).

People who anticipated the launch were more than happy with the news and it received a great response. More than 1 lakh units were booked as soon as the booking opened. They started the delivery of the vehicle on September 27, Tuesday.

The Mahindra SUV has a top variant Z8L, the company is first giving delivery to those customers who have booked this one. They plan to deliver over 7,000 units in the next 10 days. Satisfied and excited customers are sharing pictures of their new vehicle after receiving the delivery.

Anand Mahindra took to his Twitter handle and asked the first customers to receive the delivery of Mahindra Scorpio N to share their pictures on Twitter. He wrote,

First customers: please do share your pics… I would love to see them..

First customers: please do share your pics… I would love to see them.. https://t.co/fPuLxjzrKu

On Twitter, a proud owner of the Mahindra Scorpio named Vikrant Mehta shared a picture of his child with the freshly delivered vehicle. Vikrant wrote,

“It’s an amazing feeling to get delivery on the first day. Looks like I’ve got a ticket for the blockbuster’s First Day First show. My son is so happy he didn’t sleep in excitement last night. Thank you for the powerful and muscular product”

sir it’s an amazing feeling to get the delivery on 1st day. It’s look like I got first day first show ticket of the blockbuster. My son is so happy as he not slept yesterday night in the excitement. Thanks for this brilliant,powerful , emphatic and musculer product. pic.twitter.com/Ouc9erQ02d

Among the pictures shared by Anand Mahindra on his Twitter handle it seems evident by this retweet that became a fan of the child who posed with the car.

Anand retweeted it by adding the caption,

Got the delivery of New Mahindra Scorpio N at Sahyadri Motors, Baner, Pune. Loved the car so much. Thank you @anandmahindra and Team Mahindra for putting all the hard work to make it happen. pic.twitter.com/WSB8TJh1yb

Took delivery of our ScorpioN yesterday. You are amazing @anandmahindra sir. I got the introductory price inspite of the glitch, got delivery on day one! Thank You so much ! Been with Mahindra for 15 years with previous Scorpio. Looking forward to next 20 🥳 pic.twitter.com/1RvCOpZGP5

Sir we had a great experience with delivery of our ScoroipN. Getting it delivered on first day is such a great feeling. Drove the car whole day & i must say its something else. The power & performance is unmatched. #MahindraScorpioN pic.twitter.com/2ThkSdjaGk

The Scorpio-N brings a manual and automatic transmission as well as a four-wheel drive (4WD) option. The price range of Scorpio N ranges from Rs 11.99 Lakh to Rs 23.90 Lakh (ex-showroom). This price is only reserved for the first 25 thousand bookings.

This SUV has a total of 6 variants – Z2, Z4, Z6, Z8, Z8, and Z8L. The waiting period is the most on its base variant Z2 which is around 22 months on this variant. The top variant Z8L has the shortest waiting period of only 18 months.

New Mahindra Scorpio N clocks over 1 lakh bookings in under 30 minutes, translating into an ex-showroom value of Rs 18,000 cr

Deliveries to commence on September 26, 2022 pic.twitter.com/0xdrMN2eG3